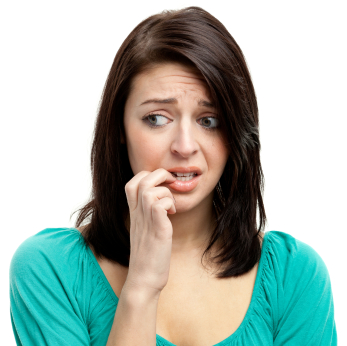 The Plague of Worry

Baby boomers are no strangers to worry.  It seems from the first decade this generation began to become aware of the world, there were big things to worry about.  This was the first generation to grow up with a reality that world destruction is possible at the hands of a man made weapon that did exist and was pointed at them.  In the 1950s and 1960s, the decades when this generation was entering youth, it was common for children to have to run drills to hide under their desks as a defense against the arrival of a nuclear bomb.  Even back then, those baby boomer children know those desks were faint defense against such a devastating weapon.

So from worrying about the draft, the bomb, Vietnam or about corruption in government, boomers grew up as a generation of worriers.  Of course, worry is endemic in the human psychology.  And as baby boomers grew into adults, parents and the ones who would come to take leadership in the world, those worries of youth paled compared to the new responsibilities they faced.

This century brings the advent of the retirement years for baby boomers.  Over the years, many have learned good coping mechanisms to defray some of the worries of life.  Boomers have learned that worry about money, their children or whether the car needs a new set of tires should be taken in stride.  That is because to some extent, most of these issues can be solved.  Money woes can be fixed with better jobs and money management.  Kids can be corrected and turn out fine even if they have troubled youths.  And new tires for the car are easy to buy.

But the worries of the retirement years are often beyond such short term fixes.  Boomers are hands on managers who have charged through life with the attitude of, “let me at that problem.  I can fix it.”  But problems of aging are not always as easily conquered as many of the problems boomers conquered in their younger years.  Some problems that demand a different approach in the later third of life that boomers are approaching include…   · Incurable illnesses such as Alzheimer’s, ALS or other forms of dementia for which the only relief is death.

· Running out of money because Social Security was not adequate and life was too challenging to really save up for retirement.

· The prospect of passing many years in an old folk’s home with no hope of release and no physical resources to save oneself can cause panic attacks in many an aging baby boomer.

· Dire issues with adult children such as death or illness, marital woes or the need for grandparents to raise their grandchildren present problems to aging boomers that seem beyond their physical, emotional and financial abilities to solve.

These new worries are unlike the worries of their middle age years.  These very real and dire problems loom even larger if the baby boomer seeing them on the horizon is made suddenly alone by the passing of their spouse.  Now one of their primary resources for staying calm and solving problems has been taken away from them.

This is a time in life when more than ever baby boomers need to get a refresher course in stress management and learning that worry cannot solve these problems.  And like their parents before them for generations, boomers too will learn to face their sunset years with grace and maturity and to live with problems such as we have discussed with the same courage they faced down the problems of their youth.

One thought on “The Plague of Worry”