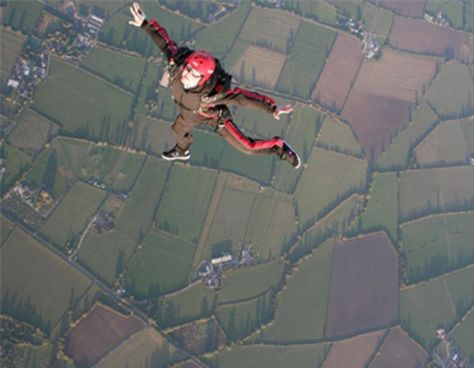 People who have not tried skydiving have a lot of
misconceptions or “myths” about the sport. Sad to say
a lot of people are misled by these myths and tend to
have wrong perceptions about the sport. Here are some
of the most common skydiving myths that buzz around
and the true explanations to them.

Most people think that if you would be skydiving with
your friends, you should have a “secret signal” with
your buddy to tell that your parachute failed to open.
And when this happens, you would make your way towards
them and give your buddy a bear hug or hook yourself
to their parachute pack thingy and then afterwards the
chute would inflate just in time to save the both of
you.

If this myth were true, most probably both of you
would have broken arms by the end of the dive; which
you would think is way better than hitting the ground
in terminal velocity. Additionally, there is no known
hand signal for ‘my chute failed, please let me hug
you’ kind of stunt.

If you were to skydive in a group, it is a protocol
that before any of you would pull their parachute, you
should be a hundred and one percent sure that your air
space is clear. This is done so that you wouldn’t be
entangled with any of your group mates once all of you
pull out your chutes. Collision is also another thing
to watch out for.

Secondly, that ‘parachute pack thing’ is actually
called a ‘rig’, as to no skydiver would refer to it in
that way. 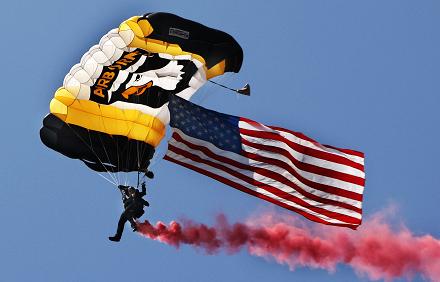 Of all the myths of skydiving, this one would be the
truest, especially if you are falling at terminal
velocity and suddenly you are face to face with the
ground even before your parachute has slowed down your
descend, then you’ll probably die. Well of course this
myth would only happen if you let it. This is exactly
why you have to commence a pull sequence, then deploy
your main chute and make sure that it’s working
properly so that you can give yourself the chance to
cutaway and get your reserve.

Another one would be if you’re for some impious

reason, making a dive by yourself, then your last
resort of surviving would be to land with as much
surface area that you can get and the type of surface
you’ll be landing on.

First off, you should know that it is extremely common
to have a license and skydive alone. A lot of
skydivers do this. In fact, if you get a license you
can do this, especially if you want to see the beauty
and sacredness of watching the sunset as you freefall
all by yourself.

Second if ever both of your chutes fail to inflate,
there is no choice but to fight for your life even if
blood would fill your goggles. You can not rely on
your buddies nor your surface area.

You can’t really rely on landing in water, since this
is something that you wouldn’t really want, because
it’s just the same as landing on cement. However, if
you can, try landing on something soft and steep like
a mountain side with some snow.