Searching for a quality luxury car will inevitably bring anyone to the rather apt adjective, “exotic”. Exotic food or exotic beauty may be more clearly defined, but what really makes for an exotic sports car?

Part of what makes an exotic sports car is the vehicles’ streamlined, sleek, and smooth designs, all of which serve functional purposes to the overall performance of the car albeit being so highly aesthetically pleasing.

Indeed, even exotic sports car makers know emphasis that car enthusiasts and racers put on design per se. After all, owning an exotic sports car in contrast to owning a car is, in itself, a status symbol. This status is endowed not only by the make of the car but also the style and visual appeal.

In fact, companies like Ferrari even employ design houses to come up with their car designs. Design powerhouse Pininfarina, for example, designed the 2002 Ferrari ENZO.

While design is one of the considerations of many car enthusiasts, the primary characteristic that by-far differentiates a sports car from the rest is its acceleration and maintainable road speed. When it comes to sports cars, it’s all a matter of speed, speed, and more speed. A pretty car won’t cut it if it cannot deliver the exhilarating ride that is expected of every sports car.

Exotic cars are continually challenging the rate at which a car can accelerate from 0 to 60 mph. Designs are beginning to be shaped from the engineering needs of the car, in order to suitably deliver a new record speed. As of the moment, the 1994 Dauer 962 LeMans continues to reign with 2.6 seconds. However, with the likes of the 2012 Ferrari ENZO being designed based on the specifications of making a fast car, expect faster sports cars in the near future. 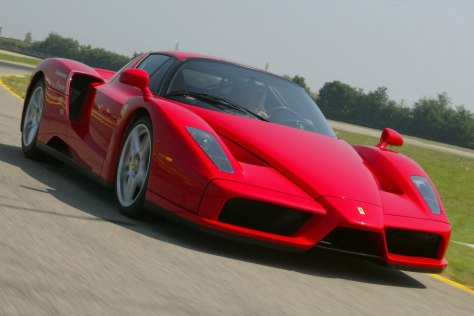 Indeed, exotic sports cars aren’t the type that mass produced and you can’t but then “off-the-lot”. Part of its exotic appeal is the fact that you can only have a certain number of models made available for sale. The rarer and more difficult to acquire, the greater a car’s exotic value.

It’s in the Name

Most cars don’t need visualization to be called exotic, they just are. These would include your cult sports car classics—your Porsche, your Ferrari, your Lamborghini.

While an ‘exotic sports car’ may be subjectively defined over a huge stratum, it’s safe to believe that these qualities are more or less held in commonality by any definition. At any rate, one look at a car may be enough to give you a clue.

One thought on “When Style Meets Performance: Exotic Cars 101”