Men always talk about how complex women are and how difficult it is to get to know them, which is not so far away from the reality! The fact is that there is a lot more to us than what we show. Millions of emotions keep on floating in our mind and sometimes even we cannot get the hang of it! We are more sensitive than men or better say, we care way more than them and that is why we are more affected by everything.

One of the most common beliefs in so many countries is that girls or more precisely women are the weak ones! This might come from the fact that in old days men were the only breadwinners of the household and women were the ones responsible for everything that was happening at home such as raising the kids. Alongside all that, in this article, we have decided to give you an insight of things you do not know about us!

Most of these cases are based on studies conducted in the United States, although the truth is that women from all over the world often have the same characteristics. Only factors directly related to the country may suffer some variation. However, wherever the females are present, most of these factors that you probably did not know will be proved to be true. How could we have been without knowing this until now? It is complicated to explain, however, the provided data will change the way you see things for life.

Many people already knew this data, although the truth is that not all of them know the real reason. The real reason why women live longer is because of their immune system. The defense of the body ages more slowly than in the male sex and there is the answer to our question. Therefore, the younger the immune system the healthier the person will be. There is no better source of life than the healthy body of an individual.

2. The richest women on the planet

It is known by all that women have the same ability as men to achieve professional success. In fact, there are a lot of women workers who are more successful than their partners. Yet 19 out of 20 of the richest ladies in the world have inherited their fortunes from their husbands or their parents. That they continue to become even more powerful than they were is a reality. Maybe at first, it did not cost much to get it, but continuing the legacy is not easy for anyone.

Many of the younger teens begin their period and puberty despite seeming to be too early. Therefore, the average among all the female sex is between 15 and 16 years taking menstruation every month. This process is usually only interrupted as a result of pregnancy or a hysterectomy. The truth is that the full time that lasts the rule is about 9 years, 3 500 days in total. Considering the symptoms this produces can be said to be a long time of suffering.

4. Women are also the boss!

Bearing in mind that females can be heads of a company in any part of the world. There are places where it is even more convenient for them to acquire the mandate of the company, as opposed to a man. Jamaica, Saint Lucia or Colombia are some of these cities where the highest positions belong to ladies or….. ladies. The ability to lead can be the same and even better than any young person with a newly completed career or with a long experience in your resume.

According to some studies, women tend to have more nightmares than men. As well as they have more emotional dreams. The truth is that scientists have yet to find an answer to this factor. Sleeping disorders are often directly caused by stress, and according to a study in Britain, the female gender is under more pressure than the male. Is this one of the main reasons?

Nowadays people of both genders can be screenwriters and achieve success in this field. In fact, back in the 1920s and 1930s, most of the professionals in this field were ladies. Nevertheless, several articles have classified these girls as the great discriminated of the cinema. Because they have less talent? We doubt it. Nevertheless, it is recorded that great films like “When Harry met Sally” by Nora Ephron, have been written by female writers. 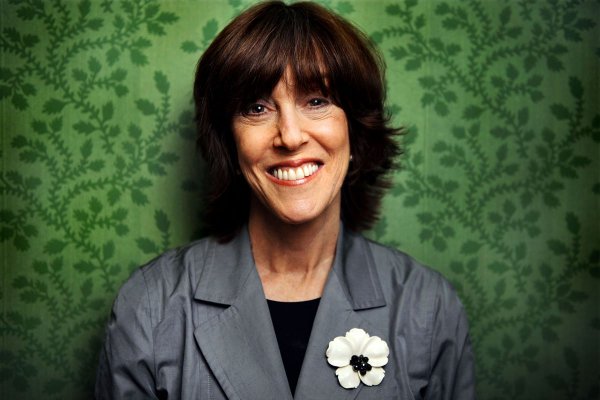 “Summer bachelors like summer breezes, are never as cool as they pretend to be.”
― Nora Ephron (died this day, June 26, 2012)

The way a woman behaves and the posture that her body acquires when she is in front of a man reveals a lot about her feelings. One of the most significant positions is when you keep your shoulders low and your hands together, it means that you are interested. On the contrary, if you cross the arms will be the opposite, do not want any kind of relationship with that type. However, if she is relaxed with her arms hanging over her hips, this girl just wants friendship.