A spiritual awakening feels a lot like being a kid in a candy store – you get excited and overwhelmed all at the same time. You want to savor all the flavors, but don’t know where to start. This new world makes you feel good in ways you couldn’t imagine, but you can’t quite describe it to anyone. The spiritually awakened people know this feeling all too well, and eventually, they adopt new behaviors that they might not even realize they’re displaying.

If you have begun the process of spiritually awakening, or have been on your journey for a while, then you might want to read on for things you might do or say that you aren’t even aware of.

HERE ARE 8 THINGS YOU MIGHT UNKNOWINGLY DO IF YOU’RE SPIRITUALLY AWAKE:

1. YOU DON’T BELIEVE EVERYTHING YOU HEAR OR READ.

If you heard it on the mainstream news, you most certainly don’t believe it, unless you double and triple check sources. Of course, you hardly ever watch the news, instead going to alternative sources to keep informed. You question everything, and are on a constant mission to learn more throughout life.

Also, awakened people tend to overanalyze everything in their lives. Their introspective nature can be blamed for this, because any decision they make is often followed by hours of rumination and possible reconsideration. In addition to questioning their environment, they also question themselves and their choices, no matter how sure they might’ve been in the beginning.

Expanding upon the last point, you march to the beat of your own drum whether you’re aware of this fact or not. Go out to the bar? Nah, you’d rather stay in and watch Netflix documentaries and make a healthy dinner. Get a 9-5? You tried that and didn’t like it; self-employment is more your gig. Go shopping on Black Friday? Are you kidding? You wouldn’t be caught dead in one of those stores at that hour of day.

I think you get our point.

Whatever society does, you tend to do the opposite.

You take care of your mind, body and soul by engaging in self-care, eating a healthy diet, exercising, meditating, and other activities that “spiritually awakened” folks do. It’s not that you think you’re better than anyone; it’s just that you know what feels best to you, so you follow it. You don’t try to be different, but it just comes naturally to you.

3. SPIRITUAL PEOPLE WANT TO SAVE THE WORLD.

If you’re an awakened soul, you probably can’t understand why this world operates how it does. You know that we can’t keep polluting our environment, spreading hate, engaging in senseless wars and violence, and living so disconnectedly if we want to thrive and help others do the same.

People might call you a “dreamer” or “silly hippie,” but you know that helping one another and living cohesively is the only way that makes sense anymore. You don’t care what others think, and try to assist others however you can. You are probably a highly empathetic, caring person, and that it makes it even harder to live in the world as it is today. 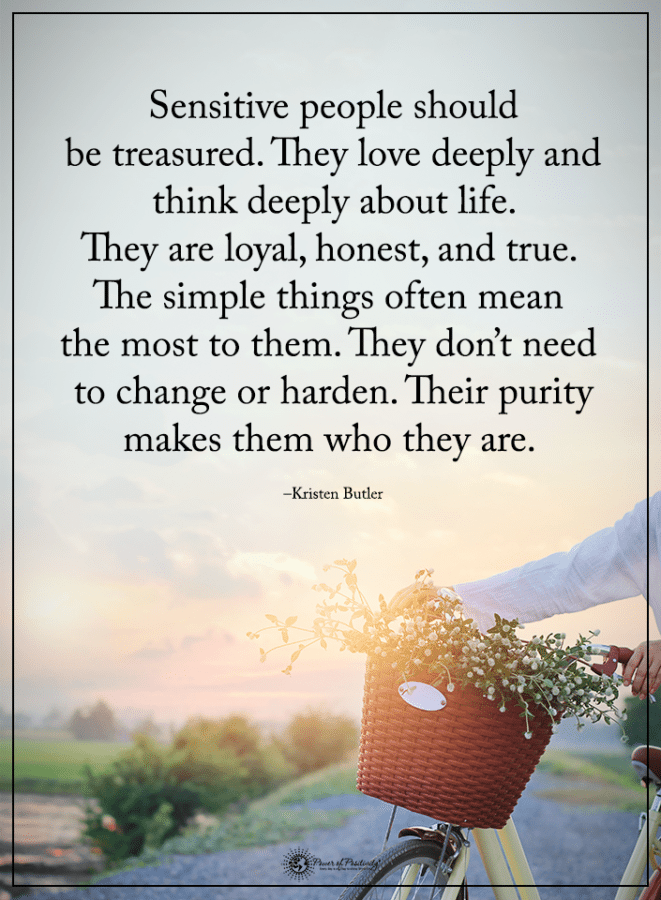 Seeing as you don’t agree with most of the activities the world engages in, you don’t spend too much time around people. You would rather enjoy your own company and bask in the silence that it offers. You feel anxious and unbalanced in crowded, noisy places, so you tend to steer clear of them if at all possible. Bookstores, coffee shops and nature are up your alley, so you can most likely be found in one of those three environments. If you’re not in your bed curled up with a good book and a cup of tea, of course.

While you might have your own thoughts and opinions about the world, you don’t close yourself off to new perspectives and ideas. Awakened people have silenced their egos enough to understand that their ideas might not be the best ones out there, and are open to hearing what other people have to say. As humans, we’re constantly evolving and learning, so that leaves a lot of room for improvement.

You know that the world needs help, and that it starts with us. If we all listen to each other’s ideas and try to formulate plans, we will get somewhere in time.

6. YOU ALWAYS GIVE PEOPLE ADVICE.

The people who know you know that you think a little outside the box and offer a unique perspective on the world. They feel they can trust you to give them solid advice, so they come to you often. Spiritually awakened people might not recognize how often they’re called upon for help, because they’re so used to others approaching them for assistance.

You are approachable and kind, which makes you the perfect person for someone who just needs a listening ear and words of wisdom.

7. YOU TEND TO DISLIKE AUTHORITY.

You probably don’t realize that you do this, but you always question authority, and don’t feel threatened by those in a higher position than you. You know that they are just people too, underneath their badges and uniforms, and you talk to them as a person on your level rather than someone above you. While you probably follow society’s laws for the most part, you don’t like how the system is set up, which gives you an aversion to the law and those who enforce it.

8. YOU FIND THE DEEPER MEANING IN EVERYTHING.

You see the universe and all its mystery as something to be contemplated and talked about. You don’t like idle chit-chat and small talk; you’d rather sit for hours with someone discussing quantum physics, galaxies, aliens, etc. Gossip and other lowly topics don’t interest you, so you steer clear of people spreading it. You’re always searching for the meaning of life, and you take time to notice the little signs from the universe, like 11:11 on the clock or a butterfly landing on your fingertips.

You view these little blessings as signs from the universe, and you don’t believe in coincidences. Everything happens for a reason, even if you don’t know the reason at the time.

Spiritually awake people often share characteristics such as being rebels, not following the mainstream, eating organically, being interested in the universe and its mystery, etc. However, there are more subtle traits of the spiritually awakened, and many on this journey don’t even recognize that they display these behaviors because they are so ingrained in them.

If you related to any of the behaviors listed above, then you’re probably spiritually awakened and might not even know it! We wish you the best on your journey, and hope that you find peace and happiness on your spiritual quest. 🙂