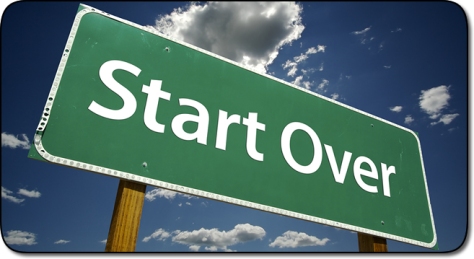 The phenomenon of a worker who may have been in the work force for 40 years suddenly starting a new career at 50 or over is a trend that is exploding as baby boomers hit that age bracket.  There has always been a phenomenon of older workers trying something new but the trend has hit such a new high in the baby boomer retirement picture.  So you have to wonder what about baby boomers makes them want to start new careers late in life.

Part of it has to do with the way business has functioned in the last few decades.  In our parents working years, the norm was to work for the same company and be a “company man” for 40-50 years, get that old watch and retire with a handsome retirement package.  That formula just doesn’t work any more.

For one thing, retirement plans supported by employers have become a thing of the past.  Savings for retirement have plummeted as the financial demands of life are all most people can keep up with.  So the concept of working on into what used to be called retirement years is now a given if for no other reason than financial necessity.

The model we just laid out of employees staying with the same company for their entire adult lives is simply no longer a reality for all but a few in the modern work force.  Most baby boomers have worked for dozens of companies in their adult lives so their retirement packages, if they exist at all, are small.  Part of this can be attributed to the entrepreneurial spirit of baby boomers.  But there has been a discernable shift in the way American business works as well.  Companies don’t like the idea of keeping employees that long.  Add to that the fact that so many companies have gone out of business been absorbed in huge corporate buy outs or undergone drastic downsizing that by the time most boomers hit their 50s and 60s, the idea of keeping one single career moving forward is pretty hard to sustain.

But these negative explanations are not all there is to why baby boomers are starting over late in life.  Boomers never did accept that the rules of life or aging applied to them.  They are ambitious, adventurous and willing to strike on new paths with much less fear than previous generations.  As boomers have faced some of the challenges of the economy and the modern business world, they have responded aggressively by starting businesses or changing their careers entirely late in life.  And they are just as willing to pay their dues and stick with that new career until they are successful as they were when they were 30.

Many workers find a line of work and learn they can pay the bills and raise the kids early in life but they do not follow their dream career at that time.  So when the time in life comes that the kids are out of the nest, the house paid off and the adventure of living has settled down somewhat, many baby boomers see that as the chance to finally throw off that boring old career and go after their dream career once and for all.

It’s inspirational to see someone in that stage of life setting the standard for not settling for anything less than realizing their dream by launching a new career doing what they always wanted to do all along.  Who can fault boomers from wanting that kind of gratification of finding success in a career that fulfills their passions?  So God bless the late in life boomers who go for the brass ring in their golden years.  They will be an inspiration for many coming behind them to be as bold about their lives as well.

3 thoughts on “Starting Over”