The heritage and history of wolves has been documented back to early times. They have always been viewed as beautiful and intelligent creatures. There are rumors that wild wolves will viciously attack for no reason. Yet wolves hunt as a unit and they are very loyal to each other. They do all they can to get a meal and they will also attack if their feel their territory or others in their pack are in the way of harm.

The biggest concern with wild wolves is that their numbers have dipped extremely low. There were millions of them only 50 years ago but many species are on the endangered animal list. Wild wolves tend to lose their nature environment due to man coming in and clearing it out. They are sometimes killed due to the hunt of larger animals. Illness and disease can also result in the deaths of large numbers of wild wolves.

One common problem with wild wolves is the death of their alpha male. This is the overall leader of their pack. When he is no longer there the pack will all go their separate ways. The young may be too little to survive on their own. For the older members of the pack it is extremely hard to hunt by themselves. Many researchers also believe that the break up of their family for isolation is a factor that affects their will to live as well.

One way in which the numbers of wild wolves have been going back up is that it is illegal to hunt them in many locations. There are very stiff penalties for breaking such laws including huge fines and even a jail term. There have also been intervention programs where they wolves are then reintroduced to the wild. 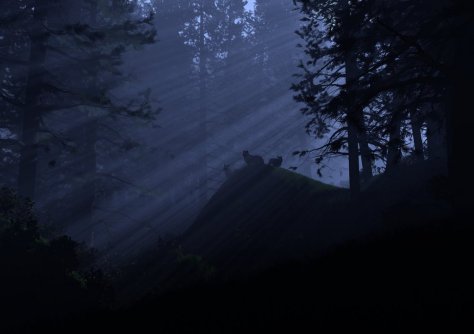 There are many different species of wild wolves found around the world. Some of them live on the open plains. Others live in areas where it is extremely cold and the ground remains frozen all year long. They are very intelligent and they are also very loving and caring towards each other. Wild wolves are extremely tenderhearted when it comes to caring for their young.