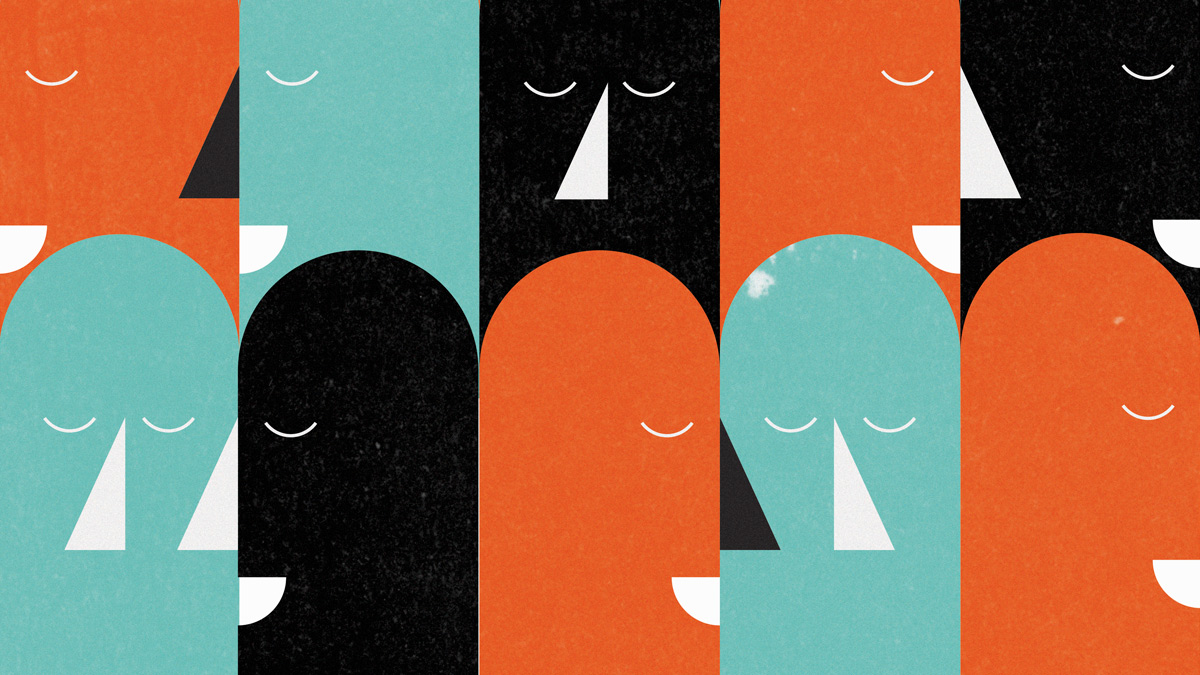 A vast body of research shows that the hiring process is biased and unfair. Unconscious racism, ageism, and sexism play a big role in whom we hire. But there are steps you can take to recognize and reduce these biases. So where should you start? And how can you help others on your team do the same?

What the Experts Say
Unconscious biases have a critical and “problematic” effect on our judgment, says Francesca Gino, professor at Harvard Business School. “They cause us to make decisions in favor of one person or group to the detriment of others.” In the workplace, this “can stymie diversity, recruiting, promotion, and retention efforts.” Left unchecked, biases can also shape a company or industry’s culture and norms, says Iris Bohnet, director of the Women and Public Policy Program at the Harvard Kennedy School and author of What Works: Gender Equality by Design. “Seeing is believing,” she explains. “If we don’t see male kindergarten teachers or female engineers we don’t naturally associate women and men with those jobs, and we apply different standards” when hiring, promoting and evaluating job performance. “Managers have to learn to de-bias their practices and procedures.” Here are some strategies.

Seek to understand
When it comes to biases and hiring, managers need to “think broadly about ways to simplify and standardize the process,” says Bohnet. To begin, you’ll need to understand what hiring prejudices are and how they operate. Gino recommends managers look into providing workers with education and training on the topic. “Awareness training is the first step to unraveling unconscious bias because it allows employees to recognize that everyone possesses them and to identify their own.” The idea is to create an “organizational conversation” about biases and help spark ideas on “steps the organization as a whole can take to minimize them.”

Rework your job descriptions
Job listings play an important role in recruiting talent and often provide the first impression of a company’s culture. “Even subtle word choices can have a strong impact on the application pool,” says Gino. Research shows that masculine language, including adjectives like “competitive” and “determined,” results in women “perceiving that they would not belong in the work environment.” On the other hand, words like “collaborative” and “cooperative,” tend to draw more women than men. Software programs that highlight stereotypically gendered words can help counteract this effect, says Bohnet. “Then you can either remove the words and replace them with something more neutral,” or strive to strike a balance by using the same number of gendered descriptors and verbs. “Go back and forth between the words ‘build’ and ‘create,’” for example. The goal here is to “explore and see how [these changes] affect your pool. Learn by doing.”

Go blind for the resume review
Next, you need to “level the playing field” by “ensuring you are focused” on your candidate’s specific qualifications and talents, not surface “demographic characteristics,” says Bohnet. “The fact is Latisha and Jamal do not get the same number of callbacks as Emily and Greg. You need to look at what each person brings to the table.” Again, software programs that blind the process for you are useful, says Gino. A blind, systematic process for reviewing applications and resumes “will help you improve your chances of including the most relevant candidates in your interview pool, including uncovering some hidden gems,” adds Gino. “It is easy for bias to trickle in when such a process is not decided a priori.”

Give a work sample test
“Work sample tests that mimic the kinds of tasks the candidate will be doing in the job,” are the best “indicators of future job performance,” according to Bohnet. Evaluating work sample tests from multiple applicants also helps “calibrate your judgment to see how Candidate A compares to Candidate B.” Gino concurs. Asking candidates to solve work-related problems or “partake in a skill test” yields important insights. “A skill test forces employers to critique the quality of a candidate’s work versus unconsciously judging them based on appearance, gender, age, and even personality,” she says.

Standardize interviews
Research shows that unstructured interviews — which lack defined questions and whereby a candidate’s experience and expertise are meant to unfold organically through conversation — are “often unreliable for predicting job success,” says Gino. On the other hand, structured interviews, whereby each candidate is asked the same set of defined questions, “standardize the interview process” and “minimizes bias” by allowing employers to “focus on the factors that have a direct impact on performance.” Bohnet suggests using an interview scorecard that grades candidates’ responses to each question on a predetermined scale. “Ideally interviewers don’t know the specifics about how well each candidate did in terms of the CV review and work sample,” she adds. The goal is for the “interview to become a third independent data point.”

Consider likeability (if it matters to you)
It’s natural to gravitate toward people with whom you instantly gel. “One study found that impressions made in the first 10 seconds of an interview could impact the interview’s outcome,” Gino notes. “Another suggested that employers hire people that they like the most on a personal level.”  But this bias toward  “natural chemistry or common interests” is another one to watch out for. Bohnet describes likeability as perhaps “the most challenging question of the hiring process.” Ask yourself, “Does it matter whether you like the person you hire? And how important is it to you?” If you do care about it, Bohnet recommends rating candidates as you would on their other skills during the interview. “By giving likeability a score, you’re making it more controllable.”

Set diversity goals
“Diversity goals are worthwhile,” says Bohnet. “They make the issue front and center” in organizations. And yet, she cautions, be careful when you broach the idea with colleagues. “They are sometimes controversial for companies because they can undermine the people who are hired in those categories or lead to a backlash from the traditionally advantaged groups.” Data can help you get buy-in. A growing body of research suggests that diversity in the workforce results in “significant business advantages,” says Gino. She recommends that “at the end of every hiring process, leaders track how well they’ve done against the diversity goals they set out to achieve.” This also encourages those involved in the hiring and in other parts of the company “to keep diversity and equality top of mind.”

Case Study #1: Work to understand biases and set diversity goals
Dawn Smith, the chief legal officer at VMware, the Palo-Alto-based maker of virtualization software, says that one of the ways she tackles unconscious biases in the workplace is by talking about them “openly and candidly” with her team.

“Unconscious biases are so deep inside of us,” she says. “Unless we identify them and talk about them they are not going to change.”

Dawn also requires her employees to complete bias awareness training. Her goal is for all team members — many of whom are also hiring managers — to develop an understanding of what these prejudices are and why are they are insidious. “I talk about my own weaknesses,” she says. “If I am honest with my team, then hopefully they can look inside themselves to see what biases they might have.”

Earlier this year, Dawn had an opening for a “high-level, high visibility” member of VMware’s legal team. Her first order of business was to write the job description. To make the wording as “gender-neutral as possible,” Dawn focused on the credentials she sought, rather than on potential applicants’ personal characteristics.

“We specified that candidates needed to have been practicing law for a certain number of years, have served a certain amount of time in government, and that they needed to have a law degree from a top school,” she says.

When it came time to winnow the pool and decide which applicants were worthy of an interview, Dawn reminded both the internal search committee, as well as the outside recruiting firm she worked with, of the team’s diversity goals. “I always want to see a diverse slate of candidates that includes at least two members of under-represented groups,” she says.

Dawn does not do structured interviews; she prefers a more “conversational style.” But she is a stickler when it comes to asking for structured feedback from her colleagues on what they perceive as the candidate’s strengths and weaknesses.

“Sometimes I hear feedback like, ‘She isn’t a good cultural fit,’” – an important but “squishier” measure of a candidate’s worth.

“So I say back, ‘Tell me exactly what you mean. Why don’t you think she’s a good fit?’ And if they say, ‘I can’t put my finger on it,’ I ignore it. But if they say something like, ‘She sees things as black-or-white’ or ‘She jumps to conclusions,’ then I consider it.”

For that particular job, Dawn and her team ended up hiring a minority woman.

Dawn says she will continue to hire for diversity not only because it’s the “right” thing to do but also because “there is a business reason to do it.”

“At the end of the day, having a dynamic, engaged team with a diverse set of perspectives makes our professional conversations better and more creative,” she explains.

Case Study #2: Use software to simplify and standardize the vetting process
A few years ago, Jill Koob, vice president of sales solutions at Employer Flexible, the Houston-based human resources and recruitment company, needed to hire an operations analyst for the HR technology group.

Because of the expertise the role required, Jill admits there may have been unintentional biases at play. “I didn’t think about it, but I am sure that subconsciously I thought we might see a predominantly male applicant pool,” she says.

This is why Jill relies on software to do much of the initial vetting in her hiring decisions. “It makes the process much more independent,” she says.

After she had done the initial resume review of the pool (where she tried “not to pay attention to name or address which both can create some bias”), she asked applicants to take an assessment through Affintus, a program that helps her benchmark and rank the candidates. Top matches then progressed on to a second evaluation via Prove It, which tests candidate’s Excel, Word, and other computer-related skills.

The next step involved interviews, which Jill always approaches cautiously.  “You can have a great rapport with someone in an interview, but that doesn’t mean they can do the job,” she explains.

That’s why she favors structured interviews. With the operations analyst candidates, she asked each of the three finalists the same 10 questions. “I would sometimes ask clarifying questions to go deeper, but it was always the same questions,” she says. “And then I gave each answer a rating on a scale of one to five.”

At last, Jill had it narrowed down to two finalists—a young woman and a man. She asked both for a work sample – standard practice on her team. “We give the candidates a challenge that they could face in the job and 36 hours to work up a presentation that  shows us how they would handle it.”

The female candidate, Christy, had to present to a group that included the IT director and the company president. As soon as Christy finished, Jill knew she was the right one for the job. “There was no competition. Christy hit it out of the park,” she says. “She was assertive and direct — she had zero problems standing her ground.”

Christy got the job and has since been promoted.