You might think life would be easier, happier, and infinitely more fulfilling if only you could rack up a few more IQ points. But that’s hardly the case, as evidenced by the 100-plus answers on a Quora thread titled, “When does intelligence become a curse?“

Users wrote about everything from the absurdly high expectations that people place on them to the trouble of constantly being perceived as a braggart. Below, we’ve rounded up some of the most thought-provoking responses and explained the science behind them.

1. You often think instead of feel

Quora user Marcus Geduld says he generally understands his emotions really well and can tell other people about them — but he never feels the relief of expressing them.

“This is a common problem for smart people, especially ones who are highly verbal. They use words as a smoke screen, and it’s all the more effective when their words are true. Less articulate people tend to vent through physicality. They yell, punch, kick, run, scream, sob, dance, jump for joy… I explain. And when I’m done explaining, everything I’ve explained is still stuck inside me, only now it has a label on it.”

Geduld’s observation highlights the distinction between cognitive and emotional skills. Scientists can’t say for sure whether and how the two factors are related, but some interesting research suggests that high emotional intelligence compensates for low cognitive ability, at least in the workplace. In other words, it would seem that people who are super smart might not need to rely on emotional skills to solve problems.

2. People frequently expect you to be a top performer

“You are automatically expected to be the best, no matter what, you have nobody to talk to about your weaknesses and insecurities.” writes Roshna Nazir. “

What’s more, you’re panicked about what would happen if you didn’t perform up to snuff.

“This makes you so cautious about your failure that you cannot sometimes afford to take risks just fearing that what would happen if you lose,” writes Saurabh Mehta.

In an excerpt from “Smart Parenting for Smart Kids” posted on PsychologyToday.com, the authors write that parents are generally most anxious about their kids’ achievement when those kids are smart and already doing well in school. Unfortunately, they write, “sometimes that can lead to too much focus on what they do rather than on who they are.” 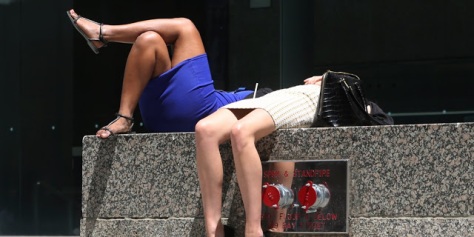 3.You might not learn the value of hard work

A number of Quora users mentioned that intelligent people feel like they can get by with less effort than other people. But a high IQ doesn’t always lead directly to success, and highly intelligent people may never develop the perseverance required to succeed.

According to Kent Fung, “Intelligence becomes a problem when those who have it discover early in life that they don’t need to work as hard to keep up, and thus never develop a good strong work ethic.”

One study found that conscientiousness — i.e. how hard you work — is in fact negatively correlated with certain types of intelligence. The researchers propose that highly intelligent people might feel like they don’t need to work as hard to accomplish what they want.

4. People may get annoyed that you keep correcting them in casual conversation

When you know that someone’s just said something completely inaccurate, it’s hard to stifle the urge to clarify. But you’ve got to be extremely sensitive to the fact that other people may be embarrassed and offended by your actions — or risk losing some friends. Being intelligent is a bummer, says Raxit Karramreddy, “when you correct people each and every time to a point that they stop hanging around with you or stop talking with you.”

5. You tend to overthink things

A common theme in this Quora thread was the pitfalls of spending too much time contemplating and analyzing. For one thing, you may get maudlin when you try to find the existential significance of every concept and experience. “You realize how moribund everything is and that nothing really means anything. You search for answers and it drives you crazy,” writes Akash Ladha.

Indeed, a widely covered study published in 2015 found that verbal intelligence really is linked to worry and rumination. From a practical standpoint, all that perseveration means smart people may find it impossible to make a choice. Tirthankar Chakraborty writes: “An understanding of the possible ramifications of your decisions, especially the tendency to over-analyze those consequences, makes it so that the decision is never taken.”

6. You understand how much you don’t know

Being super-intelligent often means appreciating the limits of your own cognition. Try as you might, you’ll never be able to learn or understand everything. Writes Mike Farkas: “Intelligence is a curse when … the more you know, the more you feel the less you know.”

Farkas’ observation recalls a classic study by Justin Kruger and David Dunning, which found that the less intelligent you are, the more you overestimate your cognitive abilities — and vice versa.