The awakened Masters are enlightened people from the past who found their way to the TRUTH each in their own way.

They realized that the truth, the real TRUTH cannot be defined nor described. Everyone has to reach it in their own way because we all walk different paths towards it.

That’s why they started creating stories and analogies, to give people a sense of what this truth might be. The awakened Masters started leaving signs and little pieces of wisdom so other Truth Seekers can use them as road signs on their journey.

The story of the three blind men clearly illustrates how the awakened Masters feel and why each person has to discover the truth on their own: 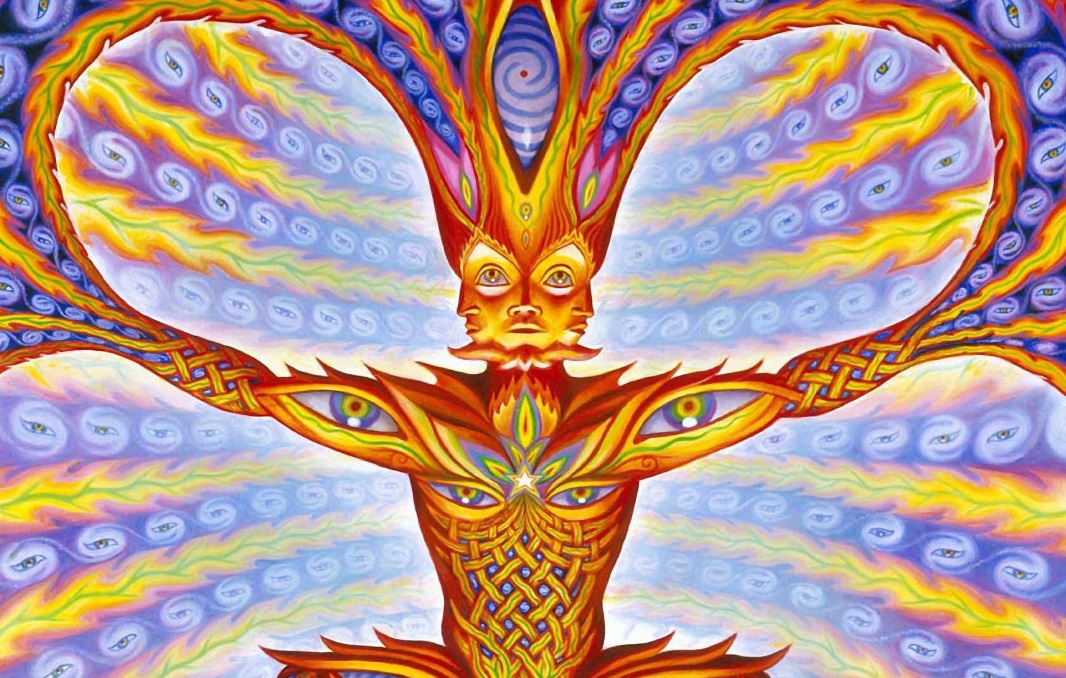 Three blind men were guests at a house. While sitting around a table, they were discussing what fruit their host offered them to eat. None of them had eaten nor touched that kind of fruit before.

One said it was grape. The other one insisted it was pear, while the last one argued it was peach.

Each of them had a definite opinion about the issue as each one of them had studied a lot about the fruit and had heard stories of experiences from people who ate them. Thus, each of them insisted that he and he alone knew the right answer.

The host who was with them and wasn’t blind jumped in to join the conversation. He told them what they had just eaten was apple.

Unaware that their host wasn’t blind, the three blind men insisted that each of them was right. Each tried as much as he can to persuade their host that they have read about it making them experts on the issue.

They argued that no one can simply declare something, in that case the fruit, without a real debate. They believed every real opinion that promotes scientific progress had to be based upon real debate.

The host, however, told them he did not wish to open a debate. He just simply saw that the fruit was an apple.

Upon hearing this, the three blind men escalated the issue on a spiritual level and asked whether seeing really existed. Or, perhaps some high and mighty characters, as their host, fabricated the idea to polish their own.

The host watched them quietly for a while. SEEing that he couldn’t convince them whatsoever, he left the room.

So, what is the TRUTH? 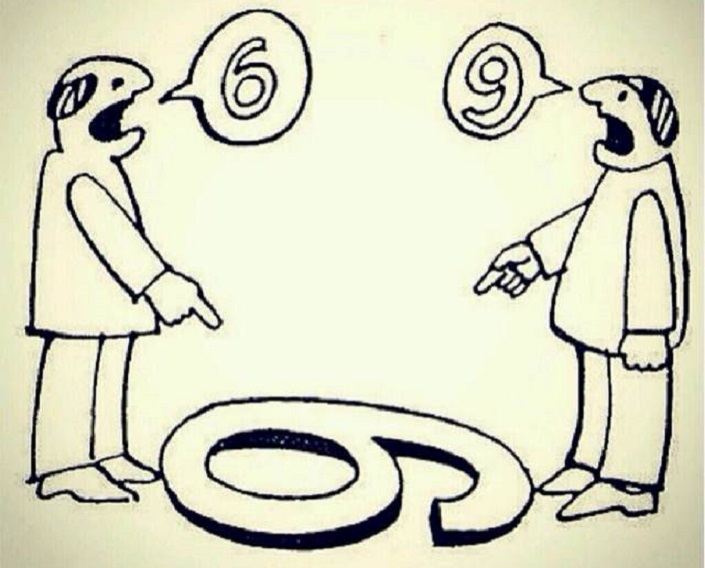 Before us were The Seeing Masters and, like the three blind men, we don’t have a clue about what these Masters saw or how they opened their eyes.

The truth is that the three blind men didn’t have any actual problem with their eyes. They had problems with SEEing. They did not believe that SEEing is a palpable reality and, therefore, did not even try to SEE.

And even when a person who was able to see told them the truth, they trusted more in what they studied and heard from stories and people.

And that’s completely alright. No one who means you good wants you to start trusting anyone just because they claim they can SEE what’s real.

That’s exactly why the awakened Masters don’t want to open debates, argue or try to convince others what’s real. They just share pieces of wisdom so others who seek to find the truth can be guided on their journey.

However, even if they share everything they know, the awakened Masters know that each and every single one of us has to find this TRUTH all by themselves.

The story above illustrates the pitfalls of the Seeker, how we are misled by the thick clouds of thoughts, the ego, the partial definition of the truth based on someone else’s teachings and the illusion of the details.

That’s why there are A LOT of fake Masters that you’ll find on your journey. They are driven by their ego, they speak about things they don’t really understand, or try to manipulate you in some way.

But there are 5 subtle clues you can always find in real awakened Masters who don’t have an agenda!

5 Signs Someone Is A Real Enlightened Master: 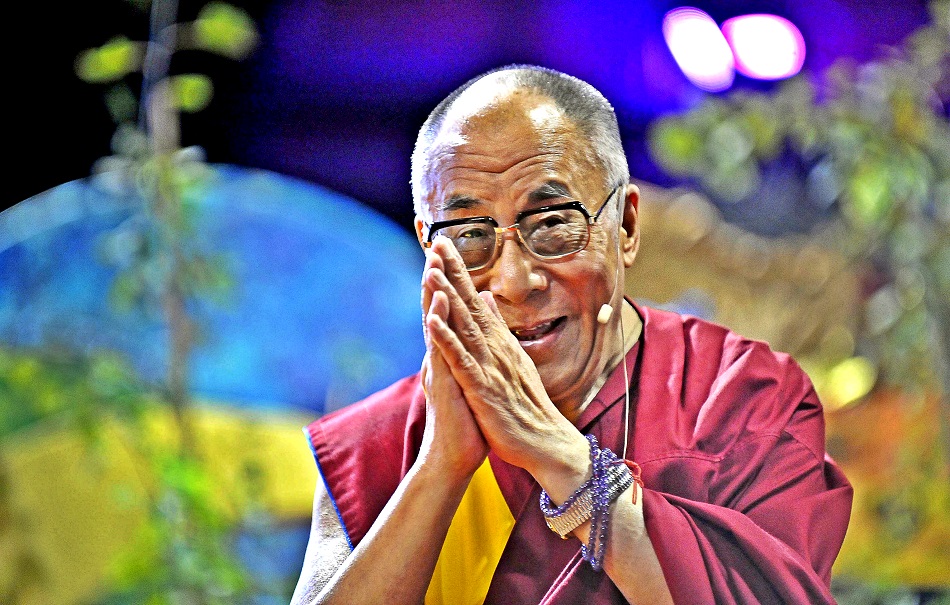 It is paramount that every Truth Seeker recognizes the road signs that the enlightened, SEEing Masters left behind them.

The following are the Seeker’s guide to recognizing the Road Signs to awakening:

Awakened Masters want Seekers to be free. They urge Seekers to wake up and free themselves from their minds, their Ego, the world around them, the customs, and traditions handed down to them.

Whenever you hear someone preaching something, and their message gives you a sense of freedom without conditions or limitations, you can trust them.

Mindfulness meditation, guided meditation, books, videos, rituals, substances, yoga, even religion, these are all tools to help you discover your own path to the TRUTH and there is no right path. Whatever works for you is right. Some people could get closer to sense the TRUTH by reading poetry than people who are led to believe that meditation is the only way.

Enlightened Masters never provide Seekers the method for their spiritual progress. They know too well that methods could only boost Ego-dominated minds and deepen the conditioned state of the Seeker. It’s up to the Seekers to create their own.

3. Awakened teachers act as a lighthouse.

A truly awakened Master does not care to show their way, they live their TRUTH and others see the light behind their lifestyle. They catch a glimpse of their own TRUTH and are inspired to go on their own journey. Seekers must understand that they have to make their own path.

Possibly the biggest and clearest sign that someone is truly an awakened Master is how much they force to spread their messages. Enlightened Masters serve only as a lighthouse that casts its light upon the Seeker’s path.

Enlightened Masters are not always people with long beards who live on a mountain. They can be anywhere. An enlightened Master might be a local farmer or a person who travels the world. They might even be writers of a sci-fi novel or owners of a hotel, it really doesn’t matter for them because they know that listening the TRUTH inside their hearts is what’s important. Even if it means that they are in an industry that doesn’t really fit our societal parameters for an awakened Master.

Truly enlightened Masters have totally dissipated their ego. It no longer holds them. Thus, Masters are often not the person that Seekers would’ve imagined them to be. That’s why a pretty good sign of an enlightened Master is a person who is detached from the norms of the society and lives by their own rules and terms, they are free of proving themselves, and often have fun no matter what they do.

As you become more enlightened you realize that the true nature of being is love. Awakened Masters know that paradise is a virtual reality on Earth created by living from your heart. They know that the true natural urge of humans is to love, and that fear is the only thing that creates monsters.

One of the best signs to see if someone is truly an Enlightened Master or someone who is faking their enlightenment is to look what they preach. A true Master would never spread fear. Awakened Masters always speak with kindness and preach love in all of their teachings.

One thought on “5 Signs That Separate Fakers From Truly Awakened Masters.”