Neutron stars are the result of other stars that have collapsed due to their own heat. They are extremely hot stars that are very small. They are merely pieces of what was once a very large star. The size of the pieces that form the neutron stars though can vary greatly in size. This process was first documented in 1932 Sir James Chadwick. His information regarding neutron stars resulted in him winning the Nobel Prize for Physics in 1935. It was considered to be quite a remarkable breakthrough.

It is believed that neutron stars move very quickly through space. What is fascinating is that most of them have a rotation that they adhere to. This is due to the gravitational pull that is found from the energy within the neutron stars. You can get dizzy watching them as they can rotate at a speed of hundreds of times each second. In order for researchers to define the rotation they have to record it and slow it down for viewing. 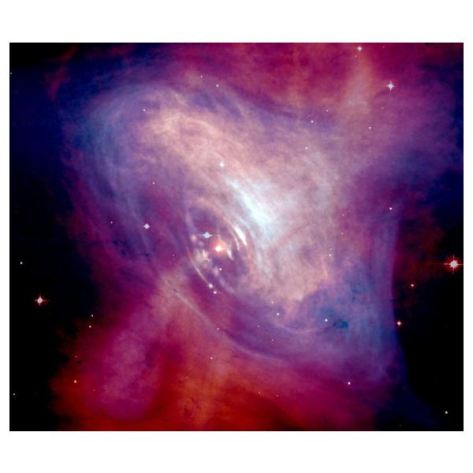 Most neutron stars don’t last for very long due to the very small amount of energy that they contain. It is estimated that there is about 2,000 of them at any given time found along the Milky Way. It can be hard to really research them due to the fast life they have from start to finish and their speed.

From what has been gathered about neutron stars though they are very complex in how they operate. They initial development of them is very simple but that is where it ends. They seem to gravitate to areas where White Dwarf stars are due to their gravitational pull. The neutron stars have very little gravitational pull on their own and so they tend to want to become a part of what other stars have to offer.

Neutron stars are said to have a mass that is 1 ½ times of the sun. If the neutron star was to be on Earth it would weigh about a billion tons for each tablespoon of it. That is an amazing amount of weight and when you consider how they spin around in space it definitely shows us the difference between our gravitational pull and what is out there.

One thought on “Neutron Stars”