If I could have my future children read one article and follow the advice in it, it would be this one. These are some of the best life tips I could muster up from my personal experiences and the lessons I’ve learned along the way.

Meditation might be the single most important practice I’ve learned throughout my life. It’s the one thing I always attempt to get others to try (in as much of a non-pushy way as possible, of course.)

The benefits of meditation are difficult to comprehend. I’ve tried to articulate them but, trust me, it’s not easy — and they can really only be understood after you practice and experience them for yourself.

How do you describe what it feels like to have a clearer mind? To be less forgetful and able to focus better?

How do you describe the broader sense of self-awareness that meditation grants you, to not get enraged at the driver who just cut you off but to instead pause and think, “Hey maybe that guy is just having a bad day. I’ll let this one go,” because it’s simply not worth getting mad and ruining your day too?

You can’t. You’ll just have to trust me and try it for yourself.

I actually stole this life tip from one of the Four Agreements, but in my opinion it’s the most important one so I feel like I have to include it here.

Nothing, and I mean absolutely nothing, that other people do or say about you, is actually about you.

When someone treats you like shit, you should never assume that it’s because you did something to deserve it. No, the way that person is acting says a lot more about them and their inner issues than it does about you.

Maybe it’s because they’re unhappy with their lives and decide you’re a great punching bag. Or maybe they were treated like shit growing up, and so that’s all they know.

Whatever the case, it’s in your best interest to not take it personally, because when you do, that means you acknowledge it and may even start to believe it. Trust me, I know this is incredibly hard, especially in the moment when things are heated, emotions are flying, and you feel obligated to defend yourself.

But that’s why the first life tip I gave was to learn meditation. Meditation is practised to develop self-awareness, and self-awareness is your best bet at understanding certain situations and their underlying meanings.

Eventually, in a way, you’ll have x-ray vision — where you can pinpoint when someone is slinging crap your way and realize that “oh, this person is just wildly unhappy — and it has nothing to do with me.”

3. Stop and Smell the Roses

Every night at 9:50 pm, I have a reminder on my phone that says “Gratitude”. If I haven’t already done it for the day, that’s the time that I’ll stop what I’m doing, pause for a moment and appreciate something simple around me.

Often times, the reminder pops up while I’m out walking my chow chow, Lexi. It’s the perfect scenario to express gratitude. I can stop, feel the Southern air flow around me, and take in how awesome it feels to be alive.

Doing this instantly boosts my mood. It serves as a little reminder to just stop and smell the roses every once in a while.

A reader of mine who had been suffering from anxiety recently reached out to me, and having followed this simple tip, couldn’t believe how much a few moments of gratitude could elevate her mood. A bad day suddenly turned good once she stopped focusing on all of her negative thoughts and shifted her attention to something positive.

If you still don’t believe me and my examples, maybe the science will help convince you. Gratitude has been proven to help people feel more positive, cherish experiences, improve health, and deal with adversity. At least that’s what those Harvard folks say.

As civilization has evolved, people have gotten softer. In many ways, life has become easier.

First, we had to go out in public and watch a play if we wanted to be entertained. Gross. Then came movie theatres. Then television sets at home, where you had access to a handful of channels but needed to walk to the TV to change them. Then came the remote control and never having to leave your couch. Then came Netflix.

And now, people are watching more than 7 hours and 50 minutes of television per day. What a hard life. Yet people still find a way to bitch and moan about pretty much everything.

During a recent trip, some older guys I was out at breakfast with complained a record amount in an hour’s worth of time:

I could go on forever but I’ll stop there before I get too ranty again about the whole situation.

The truth of the matter is that people have it ridiculously easy compared to our ancestors of late, yet still find reasons to complain about the stupidest things. These are the same people who tell me, “Ugh, I wish I could eat as much as you and still stay thin.”

Like, dude, I exercise. Do you know how that works? You burn energy and then your body requires more to recover and keep it operating! Get off your ass and move.

Dammit, I got ranty again.

Anyways, I like to mimic Joe Rogan in saying that I fully believe struggle makes people better. People need struggle. It makes you tougher, both physically and mentally, and prepares you to handle the constant ups and downs of day-to-day living.

You become used to struggle because you’ve practised it. You’ve lived it. And you know it’s nothing you can’t overcome.

I try to do something every day that sucks, and by keeping the mindset that purposeful struggle is good, it’s not so bad.

Also, one other great thing about struggle is that it helps you appreciate the good. An example I’ve used before is to picture yourself sitting at home watching TV on the couch under a warm blanket.

Now picture that same scenario except your car broke down so you just had to trudge home two miles in a blizzard — shivering, face red, ears aching, and appendages feeling like they might turn black and fall off.

How much more amazing would that couch feel? So damn comfy. 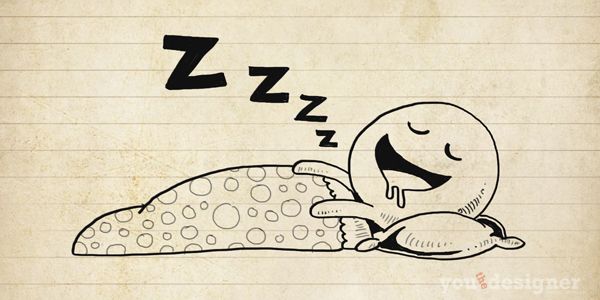 I really don’t have much to say here that hasn’t been said a million times before. Proper sleep reduces stress, is essential for your hormone regulation (which I’ve learned means basically everything about how you feel), reduces inflammation, lessens anxiety, and — most importantly — makes you feel alive.

If there’s one “success” habit I would have anyone pick up, it would be to read.

For starters, you can learn a lifetime of someone else’s knowledge in a few hours, on practically any topic you’re interested in.

Second, we’re all much more affected by our environment than we realize. Think about what happens when you hang around people who are always complaining. Usually, you start to complain too. And if not, you certainly have the urge to.

Truth be told, whatever surrounds us influences us. If you read books about success, happiness, or other uplifting things, you will start to think that way. Your brain while reading continuously builds new pathways, each slowly changing you into a person based on the books you read.

And lastly, for those who are creative, reading grants you ideas like you wouldn’t believe. I realized some time ago that any time I’ve ever experienced writer’s block is because the amount of reading I was doing had decreased.

Books supply a constant stream of new thoughts and ideas from other people, which all help contribute to formulating your own.

Seriously, read a few chapters of a book you’re interested in and tell me you aren’t at least a little inspired and ignited with ideas.

Some ideas for a good reading.

Books that changed my life.

Photo by rawpixel on Unsplash