If you do a little research you will come to know that be it the western or the eastern part of the world, New Year is celebrated with equal enthusiasm everywhere.

However as the year in the calendar marks a transition, the various New Year Traditions and Customs followed during the period remain as it is. Here’s a list of some of the interesting ways to celebrate the New Year across the globe: 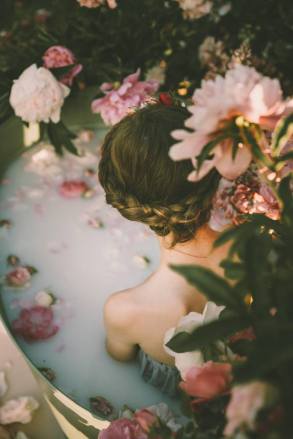 England: The English custom for welcoming New Year is full of hospitality and warmth. They believe that the first guest for the year would bring fortune for them.

He should be a male, should enter through the front door and bear some traditional gifts like loaf for the kitchen, drink for the head of the family and coal to light the fire, otherwise he is not allowed. They believe that these bring good luck throughout the year.

Denmark: In Denmark, residents keep a pile of dishes, all broken, in front of the door. For this they save old dishes and People usually throw these on the friends’ doors during New Year. This symbolizes friendship and brotherhood and they believe the one with maximum dishes outside, has the most friends. Some Danish are found to leap some chairs during midnight.

China: The Chinese have a unique way of celebrating New Year, where every front door of a house is painted in red which symbolizes happiness and good fortune. They hide all the knives for the day so that no one cuts oneself, because that may actually cut the entire family good luck for the coming year. However that doesn’t make any difference to the feast they have during time.

In hopes of a travel-filled new year, residents of Colombia carry empty suitcases around the block. That’s one New Year’s tradition we can get behind!

Austria: Austrians find good luck charm in Suckling pigs. They serve it on the dinner table with edible pigs and the peppermint ice creams are served as desserts for fortune.

German: Lead is considered to be auspicious here. They pour molten lead into cold water and the shape that is taken after, predicts the future. Heart shapes symbolize marriage whereas round shapes denote good luck; anchor shapes tell that you need help however a cross signifies someone’s sad demise.

Belgium: They call the New Year eve as Saint Sylvester Eve. They believe in throwing family parties, where everyone kisses, exchanges fortune greetings apart from raises toast to welcome the New Year in their own manner.

Children usually save money to buy decorative so that they can write and gift New Year greetings to elders.

Egypt: Egyptians believe that the New Year begins only when the new crescent moon is visible in the sky. They create and extremely festive atmosphere all around and celebrate the New Year with happiness and joy. The official announcement is made in the city of Cairo in a holy mosque, and the religious leaders do the needful.

Greece: they call it a St. Basil’s Day, one of the forefathers of the Greeks Church, because it is also celebrated as his death anniversary. They bake some special bread, where a coin is buried inside the dough. The procedure of serving the bread is very unique. They offer the first slice to God, second to the bread winner of the house, and the third is meant for the house. If this one contains the coin, spring will hit early that year. Also whoever get the slice with the coin, is supposed to be blessed with extra good luck.

In Brazil, as well as other Central and South America countries like Ecuador, Bolivia, and Venezuela, it is thought to be lucky to wear special underwear on New Year’s Eve. The most popular colors are red, thought to bring love in the New Year, and yellow, thought to bring money. 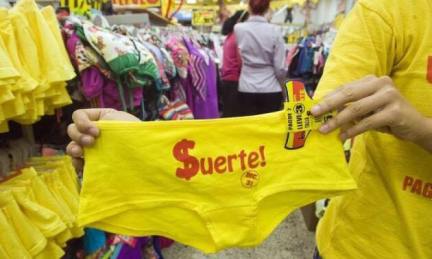 Wales: In Wales, during midnight, at the initial toll, the back door of the house is first opened and then immediately shut. This symbolizes releasing the old year and locking out all the bad luck it brought. At the 12th toll of the clock, the door is re-opened to welcome the New Year will all its goodness, luck and prosperity.

Japan: Japanese New Year or Oshogatsu is meant for celebrations with family and it begins with proper decoration of the home to welcome luck and fortune. They clean the entire house, get themselves off from every financial liability, and resolve all issues before the New Year hits. They follow traditions of three things: a pine branch, called kadomatsu, denotes longevity; a stalk of bamboo symbolizes prosperity, whereas a plum blossom shows nobility. Before the clock strikes 12, they ring 108 bells to show that the all 108 troubles have been eliminated.

Philippines: They believe that every round thing is auspicious. So they consume grapes, have coins, wear polkas dotted dresses, as they have faith that circular things attract more fortune and money. They also throw coins as New Year begins to increase wealth and prosperity.

Spain: The Spanish, eat 12 grapes at every toll of the clock during the New Year. This they believe will bring good luck and happiness for the coming 12 months.

Puerto Rico: People throw buckets of water out of their window and also clean their homes properly. This they believe will clean the odds of the last year as well as get the spirits out of the home.

The Netherlands: Bonfires are burnt of the Christmas trees on the New Year eve, on streets, by the Dutch. This purges out the old and greets the new.

Chile: people go for mass in the New Year apart from visiting graveyards. They make seating arrangements there and wait for New Year to come, along with the dead bodies.

Rome: The celebrations last for three days where the Romans decorate their houses with greenery and colorful lights, they choose gifts for their loved ones very carefully like Gold, silver, for prosperity, honey for sweetness etc.

United States: They believe kissing during midnight as the year approaches, is an auspicious gesture that purifies everything that is evil. 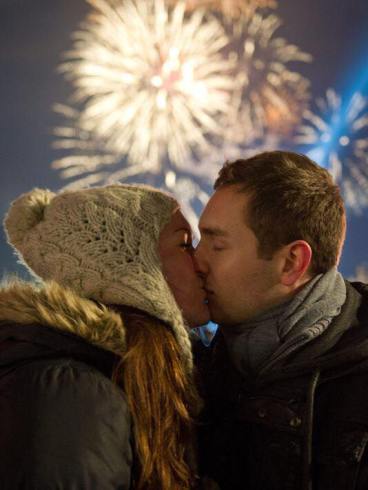 To drive off evil spirits for a fresh New Year’s start, it is tradition to burn effigies (muñecos) of well-known people such as television characters and political figures in Ecuador. The effigies are meant to represent the old year.

Cultures and traditions vary in different parts of the world but almost all of them are meant to bring happiness, prosperity and good luck in the New Year. So if you think you can be a little more traditional this New Year, you can try any of the above.