A few days before the celebration of Valentine’s Day, let’s remember some of the most memorable love stories novels, novels that made us dream, laugh, cry, sigh, but most of all they occupy an important place in the history of literature.

Here a brief list of some of the most remembered. 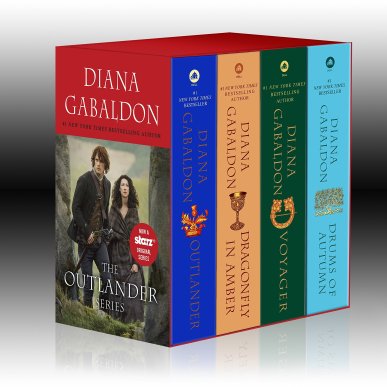 Scottish Highlands, 1945. Claire Randall, a former British combat nurse, is just back from the war and reunited with her husband on a second honeymoon when she walks through a standing stone in one of the ancient circles that dot the British Isles. Suddenly she is a Sassenach—an “outlander”—in a Scotland torn by war and raiding clans in the year of Our Lord . . . 1743. Claire is catapulted into the intrigues of a world that threatens her life, and may shatter her heart. Marooned amid danger, passion, and violence, her only chance of safety lies in Jamie Fraser, a gallant young Scots warrior. What begins in compulsion becomes urgent need, and Claire finds herself torn between two very different men, in two irreconcilable lives.

“Gabaldon is a born storyteller. . . . The pages practically turn themselves.”—The Arizona Republic, on Dragonfly in Amber

“Triumphant . . . Her use of historical detail and a truly adult love story confirm Gabaldon as a superior writer.”—Publishers Weekly, on Voyager

Pride and Prejudice is a novel of manners by Jane Austen, first published in 1813. The story follows the main character, Elizabeth Bennet, as she deals with issues of manners, upbringing, morality, education, and marriage in the society of the landed gentry of the British Regency. Elizabeth is the second of five daughters of a country gentleman living near the fictional town of Meryton in Hertfordshire, near London. Page 2 of a letter from Jane Austen to her sister Cassandra (11 June 1799) in which she first mentions Pride and Prejudice, using its working title First Impressions. 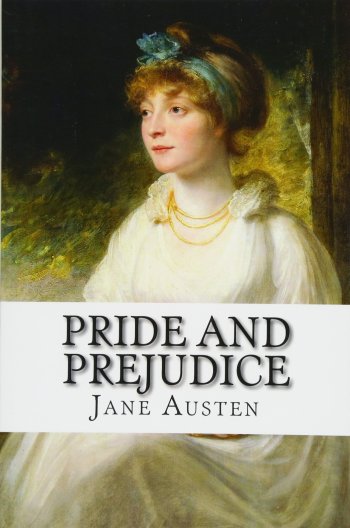 Set in England in the early 19th century, Pride and Prejudice tells the story of Mr and Mrs Bennet’s five unmarried daughters after the rich and eligible Mr Bingley and his status-conscious friend, Mr Darcy, have moved into their neighbourhood. While Bingley takes an immediate liking to the eldest Bennet daughter, Jane, Darcy has difficulty adapting to local society and repeatedly clashes with the second-eldest Bennet daughter, Elizabeth. Though Austen set the story at the turn of the 19th century, it retains a fascination for modern readers, continuing near the top of lists of “most loved books.” It has become one of the most popular novels in English literature, selling over 20 million copies, and receives considerable attention from literary scholars. Modern interest in the book has resulted in a number of dramatic adaptations and an abundance of novels and stories imitating Austen’s memorable characters or themes. Read it Now!

My Dear Hamilton: A Novel of Eliza Schuyler Hamilton

From the New York Times bestselling authors of America’s First Daughter comes the epic story of Eliza Schuyler Hamilton—a revolutionary woman who, like her new nation, struggled to define herself in the wake of war, betrayal, and tragedy. In this haunting, moving, and beautifully written novel, Dray and Kamoie used thousands of letters and original sources to tell Eliza’s story as it’s never been told before—not just as the wronged wife at the center of a political sex scandal—but also as a founding mother who shaped an American legacy in her own right. Read it Now!

Coming of age on the perilous frontier of revolutionary New York, Elizabeth Schuyler champions the fight for independence. And when she meets Alexander Hamilton, Washington’s penniless but passionate aide-de-camp, she’s captivated by the young officer’s charisma and brilliance. They fall in love, despite Hamilton’s bastard birth and the uncertainties of war.

But the union they create—in their marriage and the new nation—is far from perfect. From glittering inaugural balls to bloody street riots, the Hamiltons are at the center of it all—including the political treachery of America’s first sex scandal, which forces Eliza to struggle through heartbreak and betrayal to find forgiveness.

The last surviving light of the Revolution…

When a duel destroys Eliza’s hard-won peace, the grieving widow fights her husband’s enemies to preserve Alexander’s legacy. But long-buried secrets threaten everything Eliza believes about her marriage and her own legacy. Questioning her tireless devotion to the man and country that have broken her heart, she’s left with one last battle—to understand the flawed man she married and imperfect union he could never have created without her…

One of the most beloved novels of all time, The Thorn Birds, Colleen McCullough’s sweeping family saga of dreams, titanic struggles, dark passions, and forbidden love in the Australian Outback, returns to enthrall a new generation. 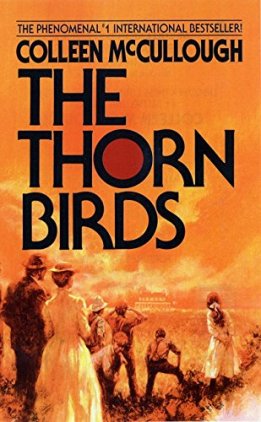 Set in 1915 Australia, this remarkable saga chronicles the forbidden love between a beautiful, headstrong young girl and a priest. You’ll laugh, you’ll cry, and you’ll stay up way too late reading this fabulous story. If you and your significant other are both bookworms. Read it Now!

Jane Eyre (originally published as Jane Eyre: An Autobiography) is a novel by English writer Charlotte Brontë. It was published on 16 October 1847 by Smith, Elder & Co. of London, England, under the pen name “Currer Bell.” The first American edition was released the following year by Harper & Brothers of New York. Primarily of the bildungsroman genre, Jane Eyre follows the emotions and experiences of its title character, including her growth to adulthood, and her love for Mr. Rochester, the byronic master of fictitious Thornfield Hall. Read it Now!

In its internalisation of the action — the focus is on the gradual unfolding of Jane’s moral and spiritual sensibility and all the events are coloured by a heightened intensity that was previously the domain of poetry — Jane Eyre revolutionised the art of fiction. Charlotte Brontë has been called the ‘first historian of the private consciousness’ and the literary ancestor of writers like Joyce and Proust. The novel contains elements of social criticism, with a strong sense of morality at its core, but is nonetheless a novel many consider ahead of its time given the individualistic character of Jane and the novel’s exploration of classism, sexuality, religion, and proto-feminism.

This Is How You Lose Her

Finalist for the 2012 National Book Award

A Time and People Top 10 Book of 2012
Finalist for the 2012 Story Prize
Chosen as a notable or best book of the year by The New York Times, Entertainment Weekly, The LA Times, Newsday, Barnes & Noble, Amazon, the iTunes bookstore, and many more…Read it Now!

“Exhibits the potent blend of literary eloquence and street cred that earned him a Pulitzer Prize… Díaz’s prose is vulgar, brave, and poetic.” –O Magazine

From the award-winning author, a stunning collection that celebrates the haunting, impossible power of love.

On a beach in the Dominican Republic, a doomed relationship flounders. In a New Jersey laundry room, a woman does her lover’s washing and thinks about his wife. In Boston, a man buys his love child, his only son, a first baseball bat and glove. At the heart of these stories is the irrepressible, irresistible Yunior, a young hardhead whose longing for love is equaled only by his recklessness–and by the extraordinary women he loves and loses.

In prose that is endlessly energetic, inventive, tender, and funny, these stories lay bare the infinite longing and inevitable weakness of the human heart. They remind us that passion always triumphs over experience, and that “the half-life of love is forever.”

Nicholas Sparks has made a name for himself as the writer of some of the best romance novels in recent years. Though he’s written more than 20 books, his first has stood the test of time for a reason. Noah and Allie’s tear-jerking, decade-spanning story remains the wonderfully escapist romantic read it was 20 years ago. 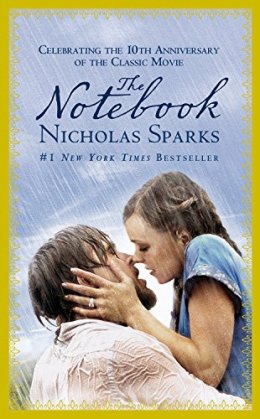 Every so often a love story so captures our hearts that it becomes more than a story-it becomes an experience to remember forever. The Notebook is such a book. It is a celebration of how passion can be ageless and timeless, a tale that moves us to laughter and tears and makes us believe in true love all over again… Read it Now!

At thirty-one, Noah Calhoun, back in coastal North Carolina after World War II, is haunted by images of the girl he lost more than a decade earlier. At twenty-nine, socialite Allie Nelson is about to marry a wealthy lawyer, but she cannot stop thinking about the boy who long ago stole her heart. Thus begins the story of a love so enduring and deep it can turn tragedy into triumph, and may even have the power to create a miracle…

A Victorian gentleman is engaged to a wealthy and suitable woman, but when he encounters a beautiful, mysterious woman rumored to be the forsaken lover of a French lieutenant, he becomes utterly smitten. Truly magnificent entertainment. Read it Now! 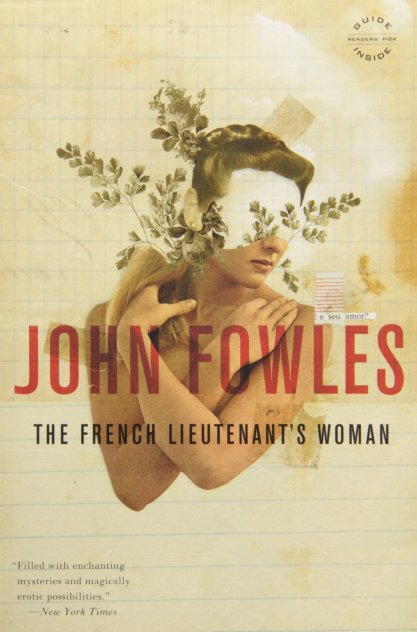 Trapped in a loveless marriage, Anna Karenina succumbs to temptation and embarks on a dangerous affair with the handsome Vronsky. Tragedy unfolds amid the canvas of 19th-century Russia, in the most famous of doomed love stories. A memorable and enduring classic. Read it Now!

Tolstoy published Anna Karenina in serial installments from 1873 to 1877 in the periodical The Russian Messenger. Fyodor Dostoyevsky declared it “flawless as a work of art.” His opinion was shared by Vladimir Nabokov, who especially admired “the flawless magic of Tolstoy’s style,” and by William Faulkner, who described the novel as, “the best ever written.” Tolstoy was born in Yasnaya Polyana, the family estate in the Tula region of Russia. The Tolstoys were a well-known family of old Russian nobility. He was the fourth of five children of Count Nikolai Ilyich Tolstoy, a veteran of the Patriotic War of 1812, and Countess Mariya Tolstaya (Volkonskaya). Tolstoy’s parents died when he was young, so he and his siblings were brought up by relatives. In 1844, he began studying law and oriental languages at Kazan University.

“I wonder how the book got to Guernsey? Perhaps there is some sort of secret homing instinct in books that brings them to their perfect readers.” January 1946: London is emerging from the shadow of the Second World War, and writer Juliet Ashton is looking for her next book subject. Who could imagine that she would find it in a letter from a man she’s never met, a native of the island of Guernsey, who has come across her name written inside a book by Charles Lamb. . . . Read it Now!

As Juliet and her new correspondent exchange letters, Juliet is drawn into the world of this man and his friends—and what a wonderfully eccentric world it is. The Guernsey Literary and Potato Peel Pie Society—born as a spur-of-the-moment alibi when its members were discovered breaking curfew by the Germans occupying their island—boasts a charming, funny, deeply human cast of characters, from pig farmers to phrenologists, literature lovers all.

Juliet begins a remarkable correspondence with the society’s members, learning about their island, their taste in books, and the impact the recent German occupation has had on their lives. Captivated by their stories, she sets sail for Guernsey, and what she finds will change her forever.

Written with warmth and humor as a series of letters, this novel is a celebration of the written word in all its guises and of finding connection in the most surprising ways.

Praise for The Guernsey Literary and Potato Peel Society

“A jewel . . . Poignant and keenly observed, Guernsey is a small masterpiece about love, war, and the immeasurable sustenance to be found in good books and good friends.”—People

“A book-lover’s delight, an implicit and sometimes explicit paean to all things literary.”—Chicago Sun-Times