Motorcycle Subcultures One of the roots of the motorcycle’s popularity is its ability to cater to a wide variety of consumers. Proof of this is the different subcultures among motorcycle fans and owners. Below are some of them. 1. One percenters – are several motorcycling groups that are famous for their law-breaking activities. Their name […]

The History of Motorcycles Motorcycles have come a long way from the early designs in the 1800s to the different types available in the market today. This article takes a look at the history of these machines to see how much they have changed throughout the years. The early motorcycles were essentially motorized versions of […]

Customize It! When we talk about sports cars, we imagine models from Jaguar, Porsche, Chevrolet, Lexus, Cadillac and Pontiac. But sports cars can be custom-made too! Quality replicas, as most people call them, can pass for those really nifty sports cars parading along a ritzy street. What are the other things one needs to know […]

The Beauty that Sports Cars Possess Cars, in general, possess both form and function.  The designers did not compromise aesthetics with performance. However, there is something about sports cars that make them stand out when it comes to beauty. And we are not talking about external features only. There is more to physical features like, […]

Nerdomeblog is proud to share all of our High Quality Articles & Content absolutely FREE !!! This promotion will remain active until further notice at which point some of it´s new upgraded material will be available for purchase while most will remain FREE for Access.

Nerdomeblog is a part of the gig@byteworld group of companies and a proud sponsor of http://www.nerdomeblog.com

We strive everyday to give you the highest quality content in the World Wide Web. We are gig@byteworld, the next generation.

Mille Miglia Vintage Car Race Entry: The Famous Car Race in Italy Race car driving has long been a passion for men. As history tells us, competition sports has been done since time immemorial and the opportunity that these fast machines has provided to go the next step in racing has been widely embraced by […]

High Resolution Images of Cars, Especially Vintage Cars Car aficionados and enthusiasts just canít seem to get enough with automobiles. Thereís just a certain allure with cars that drives, no pun intended, many people to go wacko about them. Most people though donít have the resources to have a car collection much more a collection […] 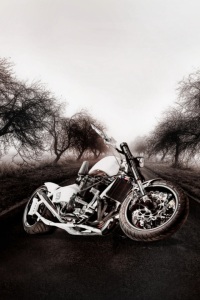 The History of Motorcycles

Motorcycles have come a long way from the early designs in the 1800s to the different types available in the market today. This article takes a look at the history of these machines to see how much they have changed throughout the years.

The early motorcycles were essentially motorized versions of the safety bike, a bicycle which has wheels of the same size.

Several inventors tried their hands on creating their version of the motorized safety bike but none would be as significant as the one invented by German inventors Gottlieb Daimler and Wilhelm Maybach in 1885.

Their bicycle was powered by a petroleum-fed engine. Later designs by other inventors chose to use the internal combustion engine which was a relatively new invention at the time.

But not all early motorcycles were run by fossil-fuel-powered engines. In 1867, an American inventor Sylvester Howard Roper created a steam-driven engine. Another was by a Frenchman, Louis-Guillaume Perreaux created a motorcycle based on the same concept in 1868.

By the early 20th century, the race was on for the production of motorcycles. Different companies included motorcycles into their line of products such as Triumph which originally produced bicycles.

Several companies were also created that specialized in motorcycle production such as Harley-Davidson and the Indian Motocycle Manufacturing Company.

The use of motorcycles gained even more popularity after WWII when veteran soldiers rode these vehicles to give them the sense of adventure they felt during the war. In the 1950s to the 1960s, a new player came into the market.

Japanese motorcycles went in and later on dominated the world of motorcycles. Japanese brands still have a large share in today’s motorcycle production, but American and European brands like Harley-Davidson and Ducati maintain a high degree of loyalty among its users.